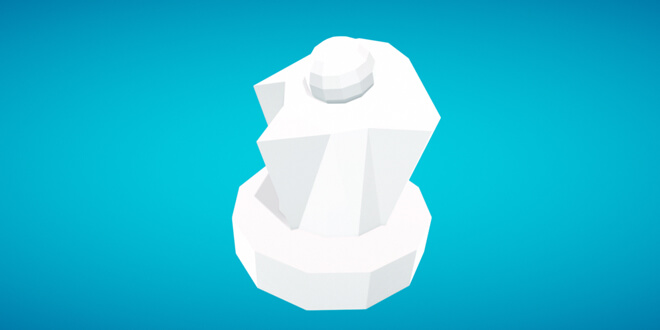 Last month I took a VR story production workshop hosted by Wyatt Roy at Empowlabs (a cool digital XR makerspace in Boston). Wyatt drew from the history of film to show us what worked and what didn’t in VR.

He shared the workflow he used for Whisper Mountain: building elements in Blocks for use in Unity. It hadn’t occurred to me that VR could be used as a place to build VR assets. Brilliant. I was already playing with Blocks but I now had a new reason to spend more time with it.

Blocks is a modeling application offered by Google AR & VR and available on Vive and Rift.

The tool palette is very simple compared to Tilt Brush (another fantastic Google application) and the output is intentionally low poly. A great thing about Blocks is also the ability to publish models on Google Poly and to export them from there. So could I build a model in Blocks and 3D print it?

I spent about 5 minutes in Blocks to create a model that wouldn’t be too challenging to print, yet interesting to hold in real life. I was imagining something about as big as a chess piece. I ended up with this:

Model from Blocks VR by Thomas Deneuville on Sketchfab

As of today, Blocks offers the following export formats:

The Makerspace at Cornell accepts OBJ or STL so I went with OBJ. I have no idea what USDZ is, I need to look into that.

The result was satisfying. The surfaces were a bit ribbed but that’s because I was going for a quick prototype (it took about 40 min to print the 40 mm tall piece). It was exciting to see the shape that existed only in VR a couple of hours ago.

Overall, I’m very satisfied with this process. A few things that could be better: