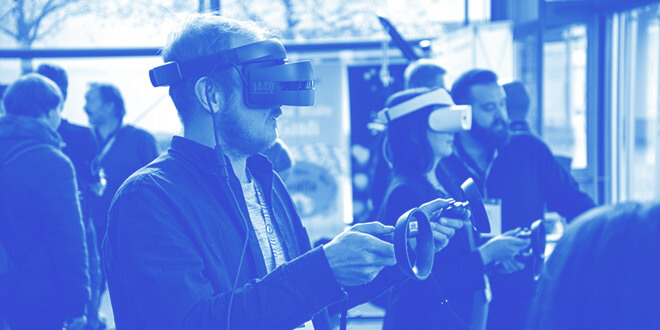 Twice a year, the division I work for at Cornell gets together for a week of keynotes, training, and collaboration. For our February all-staff week, I pitched an AR and VR demo and my idea was approved: I got to expose three groups of 8 people to spatial computing!

It was my first “big” demo and I took a lot of time to do some research and organize the logistics. Here are my tips for a successful VR demo.

I was going to use 3 kinds of head-mounted displays (HMD):

The Go would be used on a swivel chair for 360 video watching so I wouldn’t have to worry about a true safety perimeter. For the other HMD, though, I would have to make sure that both the people in VR and the people around them would be aware of the play area.

I combined three elements to make sure that people were safe at all times: 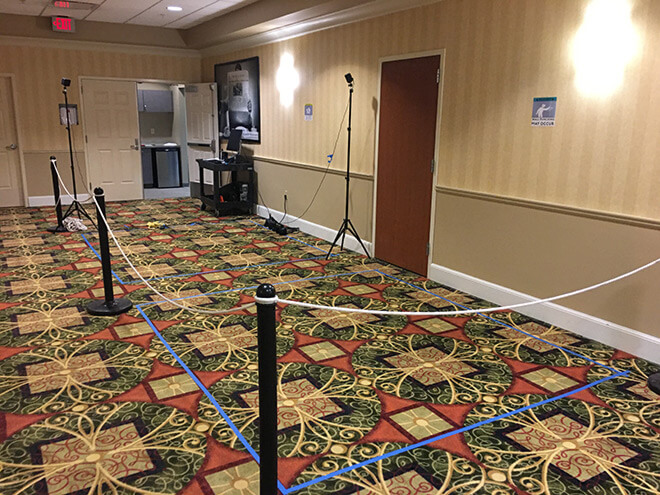 Jut look at that rug pattern 😍

I created a document for facilitators to read before assisting in demos. Thanks to Rob Scott (@robscottsays), organizer for VR Manchester, for letting me reuse a slide he designed for their events.

Safety can be fun, too

I printed and posted the Dizzy VR posters by the play area. They got a couple of laughs. 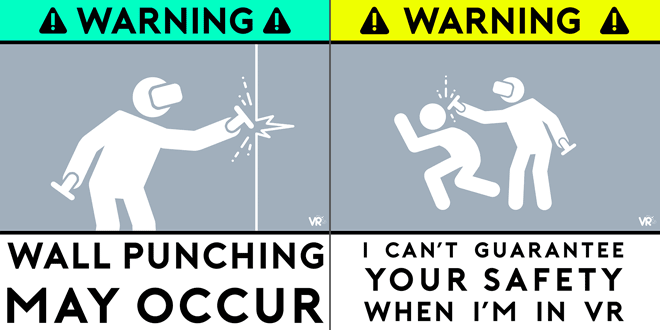 What I love about these, though, is that they depict actual things that can definitely happen when in VR!

VR hygienic masks are pretty common by now and I am glad I got some right when I purchased the Vive for my team. It was the first time that I used them in a large-ish scale VR demo and I have learned a few things (see below). 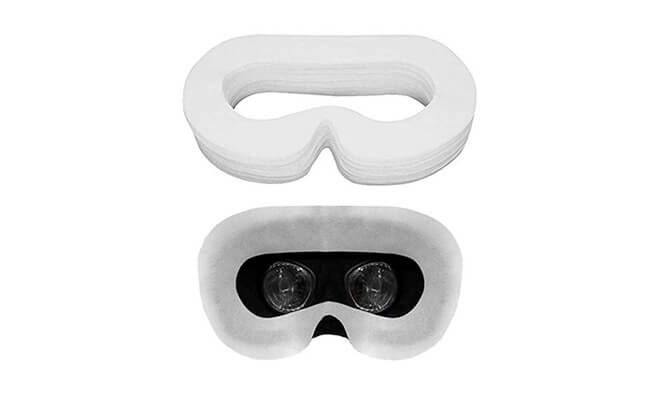 We used alcohol wipes to sanitize controllers between each demo. It wouldn’t hurt for facilitators to use hand sanitizer in between demos, too.

What are you offering?

I thought that people might want to pick and chose the kind of experience they’d like to try during the demo. I wrote a “menu” and flagged which experiences had a lot of motion (world or user) or any content warning (a beautiful National Geographic video on the Go involved standing by the body of a dead elephant…)

I also wanted to make sure that people would have time to learn about the controllers—even very superficially. I included some diagrams of the three controllers we used on that day.

AR demos were self-directed, the easiest being playing with animal 3D models in mobile Google searches. 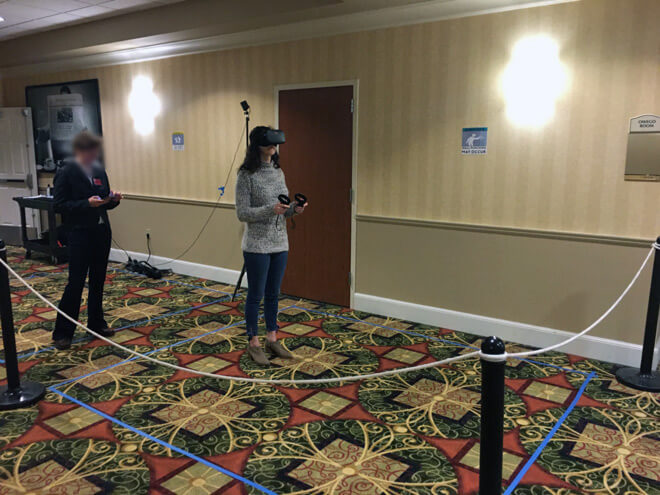 The demos went really well but here’s what I learned:

Have you tried different things? Have you run into other issues? Let me know on Twitter and I’ll update this post!