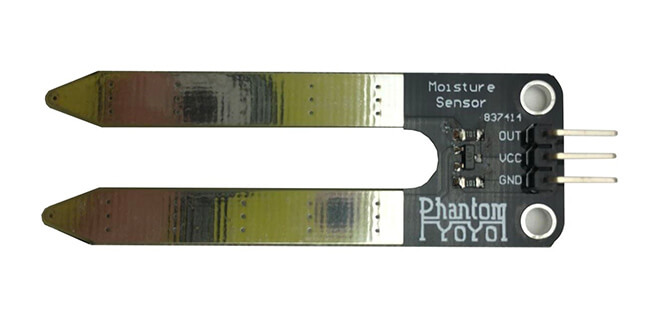 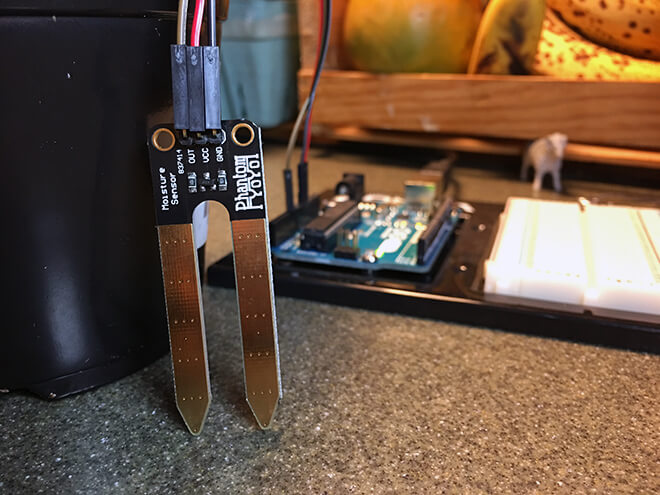 When wired to the board, but with no contact between electrodes, the sensor returned 0.

In water, the sensor’s value stabilized around 723.

Once in the plant (watered yesterday), the value stabilized around 663.

I will measure again tomorrow, but I’ve got a good enough reference to set a threshold to trigger an event.

I’ve read in reviews that people who read from the sensor continuously experienced corrosion (oxidation) fairly quickly. Apparently, the layer of immersion gold is not enough.

I worked around this by importing a low power library for Arduino. A quick search returned two, but one was no longer supported/active.

I opted for the low power library for Arduino, currently version 1.60. The power turns on every 8 seconds, reads the value from the sensor and turns off again. I could clearly see it in the plotter:

Much lower reading rate when using the Low Power library. The value is different because I moved the sensor around a bit.

The low power library will also help with battery life, too, once I have connected the ESP8266 ESP-01.

I’m pasting the gist for the—very simple—code I’ve been using.