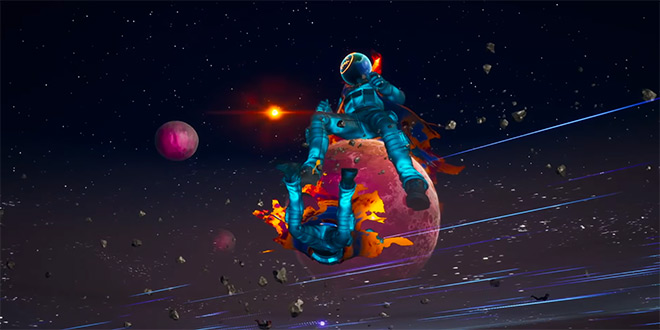 I know close to nothing about Fortnite. I am aware of it, my nephews are really into it and that’s about it.

So why am I writing about it? This week, something momentous happened: 12.3 million players attended a concert by Travis Scott in Fortnite. I didn’t know anything about Travis Scott either so I learned a lot this week, you see.

A cursory Google search and this video helped me understand the Fortnite phenomenon better:

From what I read, it was not the first time that a concert attracted that many players (last year’s Marshmello’s concert saw 10 million attendees).

OK. But again why am I writing about this?

For a lot of young people (a generation?), this is defining what a concert experience is. There are a ton of boomer arguments we could bring up against the idea of a Fortnite concert (but they’re all at home! But is it really live? It’s all about the merch! etc.) but I don’t care. I think these are missing the point.

This feels exclusive while also allowing people to peek behind the curtain: players could see the stage being built at the Sweaty Sands beach days before the concert.

Everybody has the best seat in the house. People attend through their characters, can meet up with friends, and a lot more things I can’t imagine but are happening for sure. Last year, TikTok redefined how some people discover music, or how artists run experiments before even releasing their music more broadly. Will Fortnite be used more broadly for concerts in the future?

In terms of VR, and when people wait for the killer VR app (was it Beat Saber?) that will help make VR mainstream, I see industry thinkers wonder if Fortnite might be a way to get a bunch of people into the VR space.

I am particularly curious about what Fortnite means for social VR. Are Fortnite players already in social VR (maybe through Rec Room or VR Chat?)? What would a player think of Mozilla Hubs? What are these platforms learning from Fortnite players?

Travis Scott released the whole 9 min performance on his YouTube channel: Astronomical is an other-worldly experience by Travis Scott and Cactus Jack’s creations, built from the ground up in Fortnite.

Posted in Technology and tagged Fortnite, social VR
← Are challenging times a good time for a challenge?Block printing: first steps →