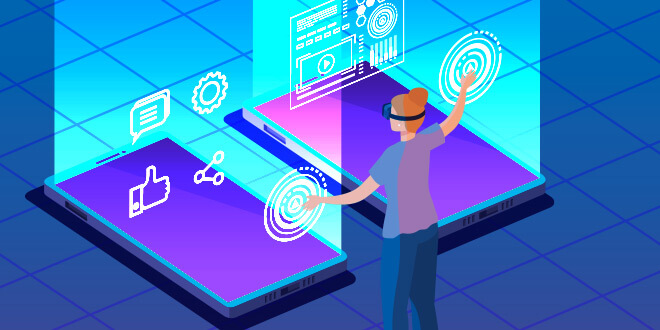 Update: On July 1, 2020, Torch announced that they are discontinuing their service. For a code-free AR application, I recommend Adobe’s Aero, even though distribution is still not ideal.

Do you have an idea that you want to explore? A problem that could be solved by an Augmented Reality (AR) experience? Be it healthcare, education, or retail (to name a few), augmented reality is a mature technology that is quickly becoming ubiquitous. AR also comes with challenges, one of them being to identify the right technology for the right project.

The public had already been using augmented reality for a year, though, with the release—and success—of Pokémon Go in July 2016, and the introduction of Snapchat lenses in April 2017.

Software Development Kits (SDK) are the toolboxes that software engineers use to build native experiences. SDK are hardware specific, documented, and maintained by the manufacturers. They unlock powerful camera and motion features that make AR possible on smartphones, tablets, or headsets.

Going native often means distributing an AR experience through a marketplace (Google Play, App Store), a process that can be subject to strict rules with little control over the launch timeline. Applications are also not set-and-forget and very often adjustments need to be made when a new device is being released or an operating system is upgraded.

As more and more designers get in the field, tech companies are releasing tools that require little to no coding knowledge. Such tools are a great way to build a prototype fast, or to engage your audiences with fun social experiences.

Torch AR is an iOS/Android app designed to make it easy to build interactive AR applications directly from an iPad, for example. The distribution model was recently expanded and it is now possible to use Torch as AR Creators and Designers (through their Torch Pro plan), or as Product Teams and Agencies (through the Torch Publish plan). The Publish plan benefits from a partnership with 8th Wall and makes deploying to AR painless.

Facebook’s Spark AR Studio and Snapchat’s Lens studio are two desktop applications that don’t necessarily require coding knowledge (although it is possible to add scripts to a lens or an effect). The resulting experiences are meant to be published on Facebook, Instagram, or Snapchat. Once posted and adopted by users, publishers have access to engagement insights.

Adobe’s Aero, out of beta and recently launched at Adobe Max, is expected to become the “Photoshop of AR creation,” with intuitive workflows Creative Cloud is now known for.

In 2014, Mozilla engineers did some exploration around a JavaScript application programming interface (API) to support VR features in the browser. Developers adopted the API and started building with it, opening the door to new frameworks and practices. The API is now called webXR—XR standing for Extended Reality: the whole spectrum from AR to VR.

Virtual and augmented realities in the browser—yes, the one you use to access the Internet—are possible and improving very fast. Frameworks (A-Frame), libraries (AR.js, GeoAR.js), and platforms like 8th Wall are enabling web developers to get started in AR using their current stack knowledge.

The advantages of web AR are many:

When you are ready to prototype or build your next AR idea, keep these three options in mind when considering your resources, your distribution model, and your overhead.

Thank you to Fabien Benetou for kindly reviewing this article before publication.