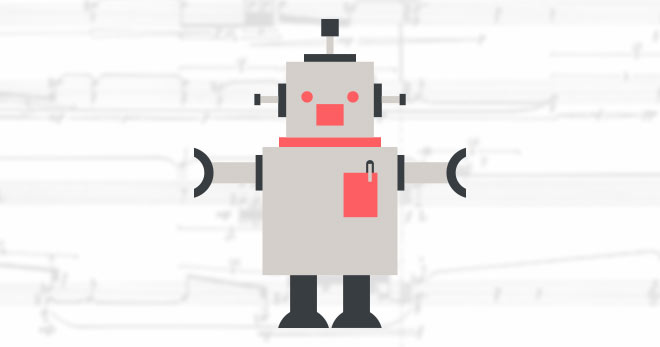 On Monday, as I was having breakfast, I thought about @Twithaca, a cool bot that retweets anything tagged with #Twithaca (stuff happening/related to Ithaca, NY—where I now live). Bots are great but are subject to some very strict Twitter guidelines. But if they provide a “a community benefit,” they’re OK.

I don’t really know why, but the first application for a Twitter bot that I could think of while drinking my cup of tea was call for scores. If you’re not familiar with the concept, ensembles/orchestras/performers/presenters send calls for scores and composers submit pieces that match the requirements (age, instrumentation, duration, etc.)

There are a few online resources but a lot of musicians hang out on Twitter so why not create a “community benefit?”

A couple of hours later, @callforscores was born, based on the work of Amit Agarwal. @CallForScores will retweet every call for scores in which it is mentioned. The trick is that the bot can’t really tell it’s a call for scores (!) so it’ll retweet (and fav’) any mention.

The response was very positive and it got about 280 follows the day it was launched.

@callforscores Amazing idea, thanks for implementing it!

@callforscores Amazing idea, thanks for implementing it!

I love the idea of @callforscores. A network of composers and instrumentalists working together. Cool…..

I am already working on a moderation tool to keep the feed “clean” and a real benefit to the followers. Stay tuned for v 2.0.

Posted in Project and tagged bot, composers, ensembles, orchestras, performers, Twitter
← How long is the road to mastery?Residency at the Juilliard School →