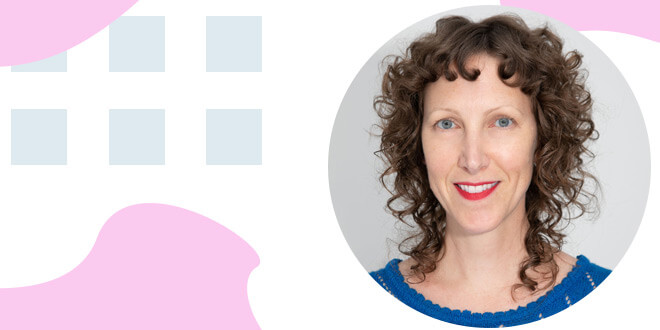 Brooklyn-based artist Laura Splan recently released a new work on Sedition, the blockchain-powered digital art marketplace. Unraveling is a series of single-channel video loops using SARS-CoV-2 protein structures seen through a molecular visualization software. Splan, whose transdisciplinary work intersects science, technology, design, and culture has been working on fascinating biomedical-themed artworks. I was curious to hear about her experience selling art on Sedition.

What decided you to put your art on a digital marketplace?

I started selling my work on my own website around 2012. And from 2013-17, I ran an online charitable art platform with over 40 artists called Dose Projects. The artists received 50% of the sales and the remainder went to a charity of the artist’s choosing.

I was approached by Artfare in 2018 when they were curating artists for their soon to be launched art app. I really liked their curatorial approach and vision for the app and continue to work with them. They have some unique AR technology and community building features integrated into the interface as well.

I had been looking at Sedition for years and just never had the right project to approach them with for their primarily moving image and video focus. As I was creating my Unraveling animations this year, I quickly realized they would fit the platform well with their short, silent, mesmerizing qualities.

How has the response been?

Several of the editions have sold. And it’s nice to be able to have some work available to collectors and supporters at a very affordable price. And the animations really translate on small and large screens alike, so I don’t feel like the work is compromised by the format.

How do you think people enjoy your digital art?

It’s nice for collectors to be able to enjoy the work on their own screens and have some flexibility in placement and even curating what they play my work along with. We are so accustomed to using screens for either mind-numbing labor or mindless entertainment. I like to think my screen-based work activates a room or space in a way that engages the imagination in a more sensory way perhaps than the latest binge-able Netflix series. A respite from the standard screen fare perhaps.

Is the blockchain aspect of these marketplaces important for you?

I do find the notion of decentralization in relation to a historically homogenous Art World to be an intriguing prospect within blockchain platforms. And the potential to disrupt the notion of the provenance of artwork that is collected on digital platforms is intriguing as well.

Are there any drawbacks with a platform like Sedition? Anything artists should be aware of?

I spoke with some fellow artists on the Sedition before publishing my work with Sedition and everyone had positive experiences. However, it is worth considering how such platforms will affect your price points. It lends itself to work that is in large editions and priced affordably. So it’s important to understand how the work is situated in the rest of your studio inventory and why it works at a lower price than say a monumental video installation that is in an edition of 3 for example.

Do you plan on making more digital art because of such platforms?

The animations I have on Sedition are part of a growing body of work. So, I can imagine making more work available on the platform in the future. But I wouldn’t say that I plan on making certain art because it suits such platforms. My work is conceptually based so I tend to be more driven by ideas, materials, and research rather than conforming to a particular platform. This is why it took me so long to choose the right project for Sedition. I wasn’t looking to create something just for the platform but rather looking for a platform that was right for the work.

For more information about Laura Splan, including projects and exhibitions, visit https://www.laurasplan.com.

Posted in Art and tagged blockchain, digital art
← How to start selling your digital art with blockchain in minutesAn image gallery of awesome artists’ monograms →