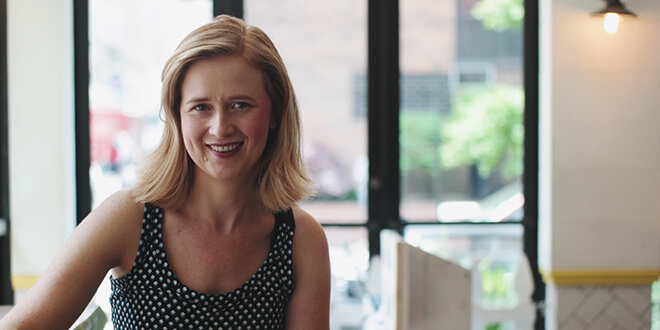 Jessica Outlaw is a VR/AR experience researcher and founder of The Extended Mind. I was lucky to take an amazing half-day workshop on VR/AR with her at UX Week ’17. When she released her report on women in social VR, a few weeks later, I really wanted to discuss it. Thanks to Jessica for taking the time to answer my questions.

You just released a research report on women and social VR. What was the impetus?

To show the value of qualitative research and the opportunity to learn what is the user experience of tech-savvy people who just hadn’t used VR before.

In meeting with many VR creators, I encountered a lot of people with experience in gaming. Maybe making games or playing games, but they just didn’t have exposure to rigorous qualitative research methods. I decided to bootstrap my own study to show the value of user testing in VR, rather than telling people about it.

Secondly, I wanted to recruit participants who were young, tech-savvy and who regularly interact with strangers on social media, but who had never used VR before. It was important to represent their voices in the user experience. Many of my participants struggled with the Vive and Rift controllers so doing basic things was a challenge.

Why is such a report important for the future of social VR?

I had a couple different goals. One is that I want to propagate qualitative research throughout VR and AR experiences. Ideally, developers and designers will learn what their assumptions are and discover blindspots by testing with new users.

Secondly, I wanted to do a project in social VR and share a new perspective on the female experience of it. Hopefully, I can convince platforms to eliminate all markers of gender, race and class from social VR. It annoyed me when I used to hear male developers say “If social VR has the same norms as normal life, then no one will ever get harassed”. Or some version of celebrating the social norms of human day-to-day interactions and using that as a blueprint for social VR. 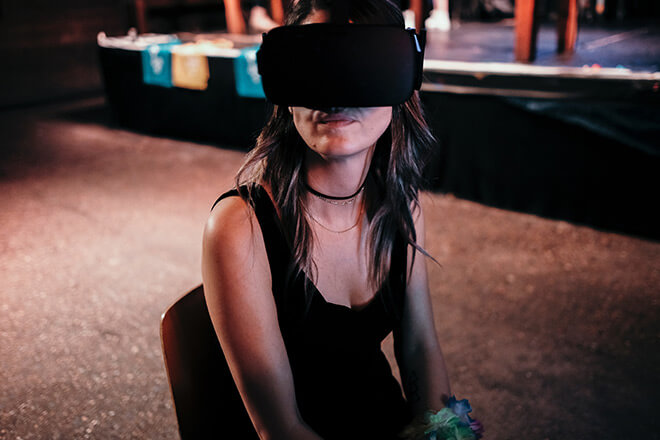 Photo by Paul Bence on Unsplash

Since the #metoo movement happened where everyday women disclosed the level of harassment they experience on a regular basis, I haven’t heard anyone celebrating our cultural norms quite as much. 85% of women have experienced some form of public sexual harassment by the time they turn 17 (Source: Cornell University Hollaback Survey, 2014).

If developers and designers made a choice to eliminate markers of gender, race, and class then humans couldn’t carry our stereotypes about groups with us into VR. Here’s an example. You ask two people what their favorite sport is. Let’s say person 1 says sailing and person 2 days NASCAR. What assumptions have you made about each person’s socio-economic class, educational level, and other interests have you inferred just by learning their favorite sport. Sailing is seen as a snobby, high-class activity that can take lots of money to do. Stereotypes about NASCAR are that it’s for rednecks who drink cheap beer.

I want social VR platforms to eliminate all markers for race and gender and class. Why should VR replicate items that are so heavy with associations of class (like sailing and NASCAR)? Or, why introduce race and gender markers that bring a ton of other stereotypes about who people are and what they are capable of. It’s a wide open space so why not do something truly novel.

What are a few key takeaways?

“The social cues that you would normally have about someone being creepy or safe weren’t there.” – Helen, 23, Software Developer

2. Navigating the virtual space was difficult

“I couldn’t figure out my own limbs, or how to touch things or pick things up. I couldn’t do the things I was trying to command myself to do.” – Zoe, 33, Communications Professional

3. They can’t express themselves

“You are very much confined by someone else’s imagination.” – Clara, 24, Student

Did you encounter any usability issues? Anything you weren’t aware of?

Yes, there were tons of things that I discovered by running this study. I’ve been doing high-end VR for a year so I’d forgotten about what it’s like to be a beginner. To me, the grip buttons on the Vive and Rift controllers are really intuitive to use, but I saw most of my participants struggle to use them. They couldn’t find or navigate menus. Even though RecRoom teaches you to open the menu by looking at you left wrist before you enter the experience, my participants couldn’t remember that on their own. In contrast, the AltSpace menu is persistent and always visible near the bottom of your field of view. It was a good lesson for me to try not to be clever and hide menus to keep a clean look. Just because people have so many things to learn about VR, keeping a menu persistent is a better idea, even if it’s not the perfect design.

Do you have any advice for other VR creators?

The main takeaways from my actual study are:

If you want to work with Jessica on solving a user experience issue in VR, she will be offering a limited workshop early next year where VR creators can bring a problem to work on. Sign up for updates on extendedmind.io if you’d like to learn more.